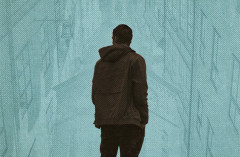 A young man moves to the big city with dreams of becoming a writer. But in this unforgiving metropolis, friends are scarce and jobs are even scarcer. Once hunger rocks the core of his reality, how can his youthful spirit – and his sanity – survive?

In this fast-paced new adaptation, Amanda LomasexplodesKnut Hamsun’s tale about a mind on the margins and, more than a century since the original novel captured the brutality of urban isolation, asks how much has changed.

Directed by the winner of the Peter Hall Emerging Artist Fellowship Award at Rose Theatre Kingston, Fay Lomas, Hungerbursts onto the stage in a timely, world premiere production.

Hunger is the penultimate production in Arcola's Autumn season, which celebrates original plays and adaptations by female writers.

Amanda Lomas’previous theatre credits include Your Way or Mine, Girl Meets Boy (Theatre503) and In Defence of Laughter (Leatherhead Theatre). She graduated from Cambridge University with an M.A in Modern Languages and an M.Phil in Linguistics.

Archie Backhouse plays Hans.His theatre credits includeThe Listening Room (UK tour), There Is A Field (Theatre503), and The Gap in the Light (New Diorama Theatre). Credits for television includes Save Me.