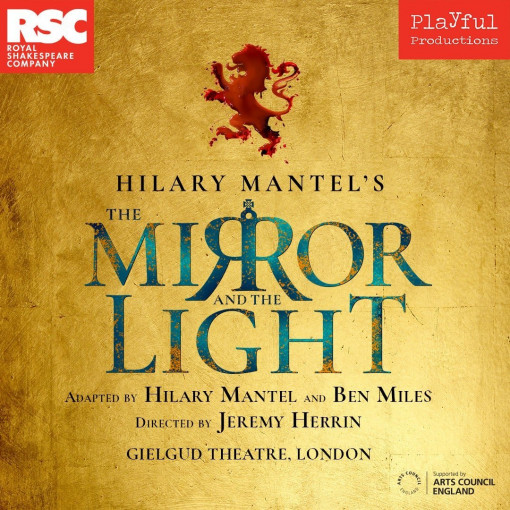 The Mirror and the Light

The Mirror and the Light description

The award winning novelist Hilary Mantel's best-selling trilogy about the relationship between Oliver Cromwell and King Henry 8th is a masterful piece of work as well as tremendously entertaining. The first two books, Wolf Hall and Bring Up the Bodies, appeared on stage and thrilled audiences. The TV series Wolf Hall, released in 2015, was equally popular, starring the brilliant Mark Rylance, Damian Lewis, Claire Foy, and Thomas Brodie-Sangste. Now the third part of the trilogy has been adapted for the stage and the world premiere tales place in the West End, at the Gielgud Theatre. Welcome to The Mirror and The Light, a classic in the making and a worthy conclusion to Mantel's dazzling threesome.

What's the story behind The Mirror and The Light?

We've been waiting a long time for this! It has been eight years in the making, and the word on the streets is this is just as compellingly brilliant as the first two plays in the trilogy. The Mirror and The Light completes the upstart Oliver Cromwell's journey from humble self-made man to one of the most influential people of the time, and the story is told with Mantel's signature immediacy and pace. The Tudor world has never been portrayed so vividly on stage, complete with the vibrant sights, scents and textures of the 16th century. And the play covers the final four years of Cromwell's life, from 1536 until his death by execution in 1540.

About The Mirror and The Light

This gorgeous production comes with immaculate credentials. As Matthew Byam Shaw, the Producer for Playful Productions, says, "I am delighted that we are able to bring this brilliant visceral play to the stage this autumn. Hilary Mantel and Ben Miles have created a taut and fast-paced final instalment to this epic trilogy. It is wonderful that Jeremy Herrin and Christopher Oram will once again bring the work to life, reuniting with Ben and Nathaniel Parker as Cromwell and Henry VIII. It feels especially good to be presenting this play now as the country re-emerges from a very difficult year. We hope that it brings a palpable feeling of excitement to theatre audiences once again."

Gregory Doran, the RSC's Artistic Director, is also excited about the play. In his words, “We are thrilled to be opening the final part in the Wolf Hall trilogy this autumn working alongside Playful Productions, and with Hilary Mantel and Ben Miles on the fantastic adaptation. Wolf Hall and Bring up the Bodies were welcomed with extraordinary enthusiasm and excitement back in 2014 and audiences have waited patiently to see the third and final part. It’s a much anticipated theatrical climax to an epic and ambitious work, and we can’t wait to open and share it with audiences in the West End this year”.

Whether you've seen the first two plays in the trilogy or not, this smart, vivid production is designed to thrill from start to finish. By the end of the show you'll be very glad you live in the 21st century, a time when whatever you do, however bad it is, you'll keep your head!

Buy tickets for The Mirror and The Light

Buy tickets for The Mirror and The Light from us and enjoy a seamlessly simple experience. We'll email e-tickets to you, for you to present at the theatre door on the day.

The Mirror and the Light news