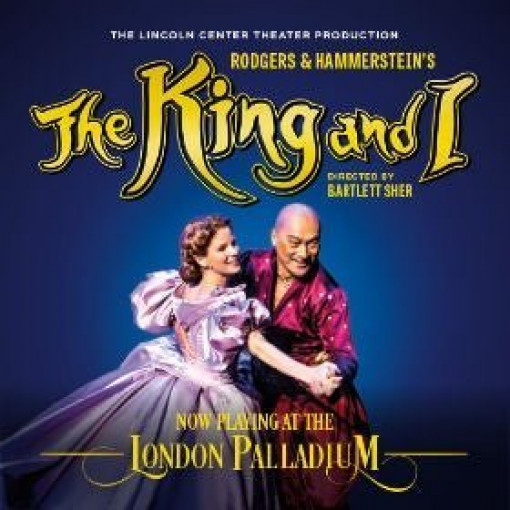 The King and I

The King and I photos

The King and I description

The partnership of Richard Rodgers and Oscar Hammerstein has long been considered the greatest musical theatre duo of the 20th century, ushering in a golden age of musical theatre from the 1940s and 50s. The King and I was their fifth collaboration, appearing on Broadway first in 1951 and winning the three big Tony awards of the time – Best Musical, Best Actress (for Gertrude Lawrence) and Best Featured Actor (for Yul Brynner). Brynner later went on to star in the film version in 1956, opposite Deborah Kerr, for which he also won an Oscar.

Now, after 16 years since it was last seen on the West End, The King And I returns once more to its home at the London Palladium. The musical was first staged 65 years ago, at the Theatre Royal, Drury Lane, in 1953. Its 2000 London revival starred Elaine Paige as Anna and Jason Scott Lee as the King, with Christopher Renshaw directing. Renshaw first brought the production back to Broadway in 1996 where it won a Tony Award for Best Revival – his West End 2000 version gleaned an Olivier Award nomination.

The King And I is based on the 1944 novel, Anna and the King of Siam, by Margaret Landon. It tells of Anna, who is employed as a governess for the children of the King of Siam (known today as Thailand). The two form a rocky relationship that in the end cements itself as a fast friendship just before it’s too late. Landon’s novel is itself based on the memoirs of Anna Leonowens, governess to King Mongkut of Siam’s children in the 1860s.

This 2018 revival will be directed by Bartlett Sher and will transfer from the USA, where it first opened on Broadway’s Lincoln CenterTheater from April 2015 until June 2016. The leads from Broadway, Kelli O’Hara and Ken Watanabe, will reprise their roles as Anna and The King respectively in Sher’s London Palladium production. O’Hara is a six-time Tony Award nominee, last winning Best Lead Actress in a Musical for her portrayal of Anna in 2015. Watanabe is a Japanese actor, who first took to the stage for the 2015 revival of The King And I and himself received a Tony Award nomination for Best Lead Actor in a Musical.

Featuring such classic songs as “I Have Dreamed” and “Shall We Dance?”, The King And I will open at the London Palladium in June 2018 with no current end date. Tickets are on sale now for next year’s spectacular revival.

Please note: the producers cannot guarantee the appearance of any particular artist. This schedule is subject to change and may be affected by contracts, holiday, illness or events beyond the producers’ control.