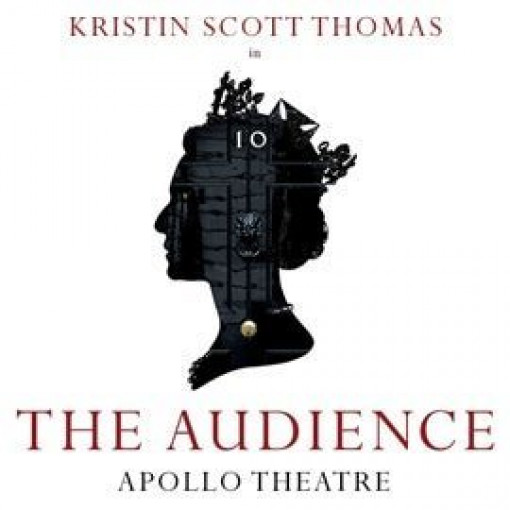 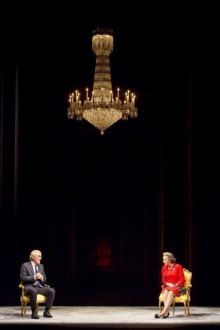 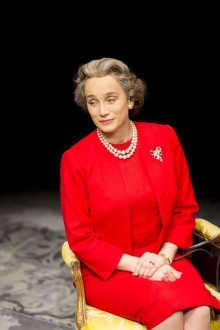 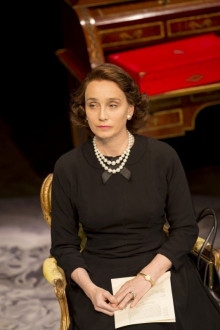 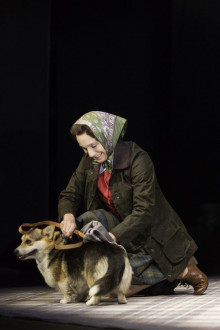 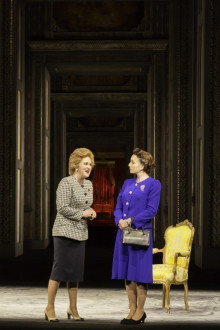 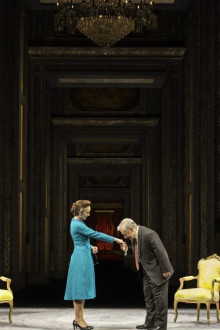 It's goodbye to the marvellous Dame Helen Mirren, hello to the supremely talented Kristin Scott Thomas.

What's it all about? Directed by Stephen Daldry, The Audience takes an intimate, imaginary look at 60 years of Elizabeth the Second's reign. During the weekly meetings the Queen met the Prime Minister of the time to discuss... well, we don't know what was actually discussed, it's always been private and there's an unspoken agreement it will always be that way. But the playwright has imagined their conversations intelligently and believably, breaking the silence to re-imagine crucial meetings covering six decades of pivotal events.

The end result is a play covering a series of meetings between the Queen and her various Prime Ministers – all twelve of them since she ascended the throne. The meetings are sometimes intimate, sometimes downright explosive as the monarch reveals her true self.

British Prime ministers from Churchill to Cameron can't help but reveal their concerns to the Queen, which makes for a thrilling ride. But no matter who is in power at the time, Elizabeth remains constant and calm.

The role was originally played by Helen Mirren, a production that raised the rafters at the Gielgud theatre in 2013. Mirren won a well-deserved Oscar for playing the legendary role, and the play proved so popular it transferred to Broadway.

At the moment the playwright Peter Morgan is apparently thinking about updating the play to include audiences with Tony Blair. We hope so - it would undoubtedly be very potent stuff, potentially looking at the Weapons of Mass Destruction débâcle and the resulting Iraq conflict. Awkward questions are bound to be asked!

The remainder of the cast of the original play, including the roles of Winston Churchill, Margaret Thatcher, John Major, Gordon Brown and David Cameron, are to be confirmed... so watch this space!

Morgan is also the respected creator of the screenplay for the movies Frost/Nixon and The Queen, also starring Helen Mirren as the monarch.

If you’d like to buy The Audience cheap tickets, we have the full range of seating types on offer, from low cost to premium, all with excellent availability.

Please note Kristin Scott Thomas will NOT perform on 23 May matinee and 27 June matinee. The role of Queen Elizabeth II will be played by her understudy during those performances.