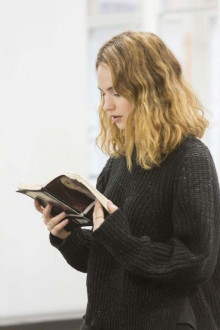 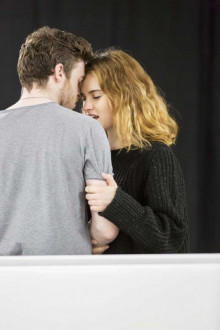 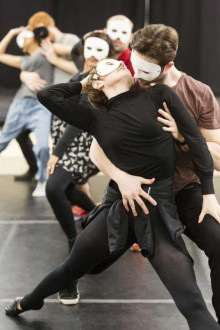 This splendid member of a cracking season by the Kenneth Branagh Theatre Company is on stage at the Garrick theatre from 12th May to 13th August 2016. Expect Branagh and his crew to breathe brilliant new life into this powerful stage classic!

When a violent street brawl takes place between two rival families whose feud runs long and deep, nobody suspects tragedy is on the wind. It's the prelude to Romeo’s first sighting of his future lover , the lovely Juliet. And despite the fact that Juliet is engaged to another man, the pair fall deeply in love. Sadly the violence that constantly erupts between the lovers' families destroys any hope of future happiness.

The stars of the show in this very special production are Richard Madden and Lily James, who thrilled movie fans in the film Cinderella. Branagh himself directs Madden and James to perfection.

Romeo and Juliet marks a strong trend for tragic romance that goes back in time into pre-history, an endlessly fascinating subject for people from every culture. It's a human thing. The plot is actually inspired by a popular Italian story, which was translated into verse by a man called Arthur Brooke in 1562. He also renamed it, calling his work The Tragical History of Romeus and Juliet. William Painter retold the tale in prose during 1567. Shakespeare blended both and developed extra characters. But he did much more than merely copy an moving story.

Adding barrel-loads of poetic language and a strict dramatic structure, he switches between comedy and tragedy, embellishing the core story with clever sub-plots to heighten the tension. The way the characters express themselves changes as they develop. No wonder this splendid piece of theatre has never lost its popularity.

If you’d like to buy Romeo and Juliet cheap tickets we offer the full range of seats, from low cost to premium, all with really good availability.

Ticket purchases will be limited to a maxium of six tickets per person across all performances. Tickets will be dispatched 2 weeks prior to the performance.

Richard Madden will not be returning to Romeo and Juliet before the production completes its run on 13 August. Freddie Fox will play the role of Romeo.