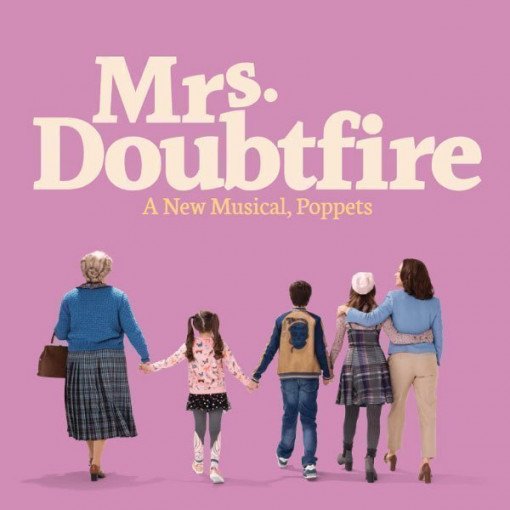 Mrs Doubtfire The Musical – On the London stage for 2023

The 1993 film starred the amazing Robin Williams, the US actor and funny man who is still sadly missed. Children and grown ups loved it, a cult movie with a warm heart and a big, built-in feel-good factor. It's a story with a message too, an important one. But it also happens to be completely hilarious, totally outrageous and huge, huge fun. Welcome to Mrs Doubtfire The Musical.

Another in a glittering string of hit movies transformed into hot stage musicals, Mrs. Doubtfire is set to win friends and influence people... big time! The show is based on the 1993 hit movie that saw the beloved late actor Robin Williams playing the iconic nanny to perfection.

The plot? Daniel Hillard is a struggling actor. He loses custody of his children after an acrimonious divorce, and he misses them terribly. Random visits just aren't enough, and Daniel can only think of one way to stay in contact with his kids. He grabs the chance.

With the help of his make-up artist brother, Daniel disguises himself as an older woman, an eccentric Scottish nanny called Mrs Euphegenia Doubtfire, whom he tricks his ex-wife Sally into hiring. While babysitting his children, and getting to know them better than ever before, Daniel finally understands the true meaning of fatherhood.

This is a wonderfully happy musical, a truly charming plot, and it really is the perfect family theatre experience.

The Choreographer is Lorin Latarro and the Set Designer is David Korins. Costume design is by Catherine Zuber and the Lighting Designer is Philip Rosenberg. Sound Design comes from Brian Ronan and the Music Supervisor is Ethan Popp.

The plot is gorgeous. The score is gorgeous, managing to be funny and totally heartbreaking at the same time – how do they do that? The costumes are amazing, and the make-up is incredible.

If you want to see one of the best new musicals around, grab tickets for Mrs Doubtfire the Musical as soon as they're on offer.