Don't miss Master Class, an extraordinary insight into the life and loves of Maria Callas, the iconic opera singer whose turbulent private life and fiery temperament were as astonishing as her formidable talents. Inspired by her master classes of the early 70s, this is a riveting, hilarious and intensely moving portrayal of the sacrifice and heartache behind the artist, the diva and the legend.

With an electrifying performance from Tony Award and six-time Emmy Award winner Tyne Daly (Cagney and Lacey) as the troubled and infamous Maria Callas, Terrence McNally's Tony Award-winning play Master Class was a smash-hit on Broadway and now arrives in the West End for a strictly limited season. 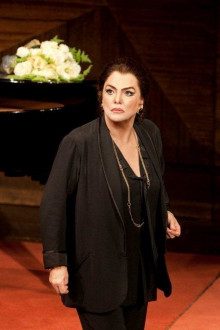