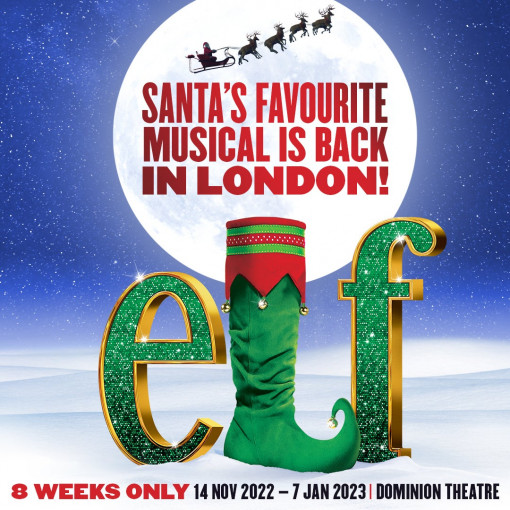 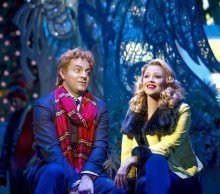 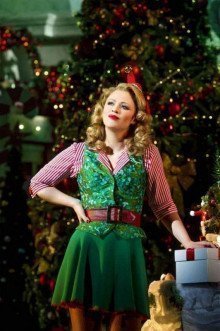 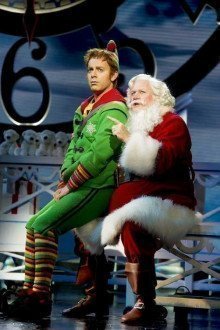 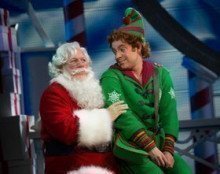 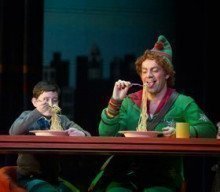 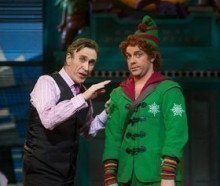 There's a Tony award-winning book by Thomas Meehan and Bob Martin. A Tony-nominated song writing team consisting of the seriously talented Matthew Sklar and Chad Beguelin have pulled out all the stops.

The result is a tightly polished, costly-looking production packed to the gills with jokes grown-ups will fall about laughing over, plus enough funny stuff for kids. This is a genuinely charming comedy musical you won't forget in a hurry, perfect for anyone over aged four.

What's the story? Buddy is an orphan. One day he mistakenly crawls into Father Christmas's bag of gifts and ends up at the North Pole. Santa's elves adopt the young boy and he's brought up just like any other elf, completely unaware he's actually human.

As he grows, Buddy's huge size and poor toy making skills force him to acknowledge the truth. With Father Christmas's permission he sets off to New York City to find his birth father and figure out his real identity.

Despite the fact that things soon start to go wrong, Buddy is determined to win his family's hearts. And while he's at it, he's also determined to bring back the seasonal magic to a jaded, cynical New York.

The 2003 movie was directed by Jon Favreau, written by David Berenbaum with Will Ferrell playing Elf himself. It grossed an astonishing $220,443,451 worldwide at the box office. No surprise when there isn't a cynical bone in Elf's body and the character is so loveable.

The music is marvellous too, including the show tune classics-in-the-making Christmastown, World's Greatest Dad, In the Way, Sparklejollytwinklejingley, I'll Believe in You, In the Way, A Christmas Song , Nobody Cares About Santa and a whole lot more.

Heart-warming, fun, quirky and wonderfully eccentric, isn't it about time you discovered your inner elf? Head for London's Dominion theatre...

If you’d like to buy Elf Musical cheap tickets, we have the full range of seats, from low cost to premium, right here, all with great availability.

Children under the age of 2 will not be admitted. Recommended for 4+